The Random-Access Image: Memory and the History of the Computer Screen 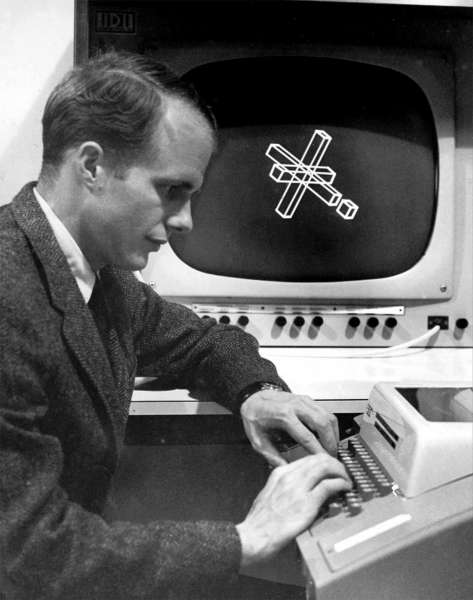 When we speak of graphics, we think of images. Be it the windowed interface of a personal computer, the tactile swipe of icons across a mobile device, or the surreal effects of computer-enhanced film and video games—all are graphics. Understandably, then, computer graphics are most often understood as the images displayed on a computer screen. This pairing of the image and the screen is so natural that we rarely theorize the screen as a medium itself, one with a heterogeneous history that develops in parallel with other visual and computational forms. What then, of the screen? To be sure, the computer screen follows in the tradition of the visual frame that delimits, contains, and produces the image. It is also the skin of the interface that allows us to engage with, augment, and relate to technical things. But the computer screen was also a cathode ray tube (CRT) phosphorescing in response to an electron beam, modified by a grid of randomly accessible memory that stores, maps, and transforms thousands of bits in real time. The screen is not simply an enduring technique or evocative metaphor; it is a hardware object whose transformations have shaped the material conditions of our visual culture.